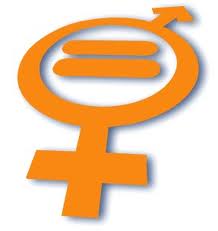 I read something that made me stop and think this week. While I didn’t agree with every word of the article it really got me thinking. Check this out.

The fact is that, unless you’re a white, Christian, straight male, there’s little to look back to and say “yeah, I was better off back then.”…To call for a return to the good old days is, in some ways, a marginalization of those for whom history has meant progress. For the majority of Americans today, turning back the clock means losing ground, acceding power or opportunity and returning to a time of greater imbalance and division.

BAM! I never thought of this before, at least not in so many words. How is that possible? I tend to be a glass half full kind of gal. I find this statement while incredibly sad also to be a call to action and a statement that fills me with hope. It not only means we have made progress to this point but also that we can and must do even better. We must ensure that as my friend Stephen is fond of saying, the best is yet to come.

Which brings me to some practical points from the week regarding the advancement of women beginning with an article from the Los Angels Times called, Gender equity: Doing the math. It discusses a new study which found, “When girls do better in society, both sexes benefit. Gender equity is good for everybody…And boys and girls are becoming more equal, globally, in math performance”. The most surprising outcome of the study was “that the more equal the societies were around gender, the better everybody did in math”. This is a phenomenal thing. For years people have looked at women’s education and women’s advancement as a negative for boys, men and the family. The argument has been made that as girls have increasingly been brought into the educational establishment that the boys and men have suffered. However, as God originally intended, humanity working as a whole (male & female) means that women’s education and advancement is a win-win for both genders.

People have also looked at scientific history which assumed that men are better at math as a function of their genes since they consistently perform better as a gender in math and the sciences; however this study seems to suggest that men are better simply because societies have historically favored men in every area including education. God’s order of equality set out in the Genesis story (incidentally, I am not a new earth Creationist. I have not decided exactly what I am, but that is a post for another day. Rest assured, what I believe includes God and Science] and Galatians 3 lays out the precedent for the findings of this study. We are better together. The more gender equity in the society the better math scores are for BOTH genders.

Just last week before our trip to Mexico I read an article while preparing to deliver the message at Novitas (listen to the podcast here). I didn’t end up using the information in the message but it turns out it is very useful here, Yay! The article was published by The Economist and is called, Women in the workforce: The importance of sex. In it the author states:

Some people fret that if more women work rather than mind their children, this will boost GDP but create negative social externalities, such as a lower birth rate. Yet developed countries where more women work, such as Sweden and America, actually have higher birth rates than Japan and Italy, where women stay at home. Others fear that women’s move into the paid labour force can come at the expense of children. Yet the evidence for this is mixed. For instance, a study by Suzanne Bianchi at Maryland University finds that mothers spent the same time, on average, on childcare in 2003 as in 1965. The increase in work outside the home was offset by less housework—and less spare time and less sleep.

What is clear is that in countries such as Japan, Germany and Italy, which are all troubled by the demographics of shrinking populations, far fewer women work than in America, let alone Sweden. If female labour-force participation in these countries rose to American levels, it would give a helpful boost to these countries’ growth rates. Likewise, in developing countries where girls are less likely to go to school than boys, investing in education would deliver huge economic and social returns. Not only will educated women be more productive, but they will also bring up better educated and healthier children.

This is not a post about working inside versus working outside the home. As far as that goes we all get to decide for ourselves. (Great article on this subject here). My point is simply that the fear that women advancing in society will cause men and children to lose out is simply false. If anything it is a benefit to all.

But what about divorce rates? Don’t they go up when women enter the workforce? According to a New York Times article from 2010:

While it’s widely believed that a woman’s financial independence increases her risk for divorce, divorce rates in the United States tell a different story: they have fallen as women have made economic gains. The rate peaked at 23 divorces per 1,000 couples in the late 1970s, but has since dropped to fewer than 17 divorces per 1,000 couples. Today, the statistics show that typically, the more economic independence and education a woman gains, the more likely she is to stay married. And in states where fewer wives have paid jobs, divorce rates tend to be higher, according to a 2009 report from the Center for American Progress.

And the blurring of traditional gender roles appears to have a positive effect. Lynn Prince Cooke, a sociology professor at the University of Kent in England, has found that American couples who share employment and housework responsibilities are less likely to divorce compared with couples where the man is the sole breadwinner.

The future is bright. There is still work to be done, in hearts, in governments, in marriage, in classrooms. I personally believe God always intended men and women to subdue the earth together. Humanity has always had two sides which together reflect the image of God and we work best and are benefited most when all of humanity works together to lift each other up, prefer the other over ourselves, and let love rule the day. There is a cry in the hearts of humans to be equal, to be free, to have justice, to be loved. I believe that is part of what it means to be fully and truly human. Humanity is made in the image of God.  As Jesus said, the kingdom of heaven is at hand. I choose to live in the kingdom where love, justice, freedom and equity are for all, where everything is made right. It is both already here and yet not here, but I pray the prayer Jesus taught me, “Your will be done on earth as it is in heaven.” As far as I can tell, I get to be a part of making that happen. That is why, I for one do not want to go back. I want to go forward. Full Speed Ahead!

2 thoughts on “Full Speed Ahead.”