Today Matthew Paul Turner wrote a post called, “What If Hell Is Actually Just Facebook?” You really should go read it before you read this as I have taken much of what he wrote and rephrased it into my response.

What if Hell isn’t actually just Facebook?
Think about it. What if Hell isn’t a literal place buried deep in the center of Earth, but instead, it’s just anywhere and any system that keeps us from loving God and loving each other? What if Hell sometimes is a place or a decision in the hearts of humans? What if Facebook on the other hand is neutral and can become either the Kingdom of God breaking through on my iPhone or a portal of ugliness and as Mr. Turner postulates, hell? What if, as so many things in life the answer is in what you bring to it? It bothers me when we as Christians blame something that is simply a mirror for the image we see in it. What if Facebook is actually just a mirror?

What if, rather than being a place that burns the souls of humankind, Facebook allows me to connect in ways I cannot in person? What if it allows me to maximize my time, concentrate my energies, and connect on an emotional level with people I would not otherwise have the occasion to see on a regular basis because of time or geography?

What if instead of Hell’s wailing and weeping being the silent plea to be “Liked,” that plea to be liked and approved of was just our normal human cry for community and what if it was met with the unconditional love of Christ?
What if Facebook isn’t scary at all, but rather another avenue for community and relationships that we keep open on our laptops and scroll through on our smart phones like so many run-ins with friends at the local grocery store or dog park?
What if instead of the gnashing of teeth being the mostly inaudible noise we engage in our feeds, the complaining, the opinion-making, the sharing, the selfie taking, the oohing and ahhing, and the liking? What if those again were opportunities to be enlightened, to learn something, to reach out to someone in their loneliness, their success, their joy or their sorrow and let them know they are not alone? What if the opinion sharing and pontificating and debating was no different than the public squares of days gone by where people have persuaded each other or agreed to disagree?

What if instead of demons being trolls or online friends who seem to constantly challenge our ideas and opinions, leaving mean-spirited (sometimes hateful) comments in reaction to our status updates and pictures they they were real people in need of real friends, or rescue, or sacrificial love?? Or what if instead of comparing the friends who really like us, who innocently “Like” our virtual stuff, join our virtual causes, and virtually tell us we’re awesome aren’t demons either but people who actually want to provide encouragement and support?

What if Facebook instead of being Hell or even an innocent distraction, something that we engage when we are bored, lonely, insecure, proud, angry, broke, empty, aroused, or merely awake…what if it was an opportunity to bring the Kingdom of God in yet another way? What if Hell/Facebook isn’t just a grand entertainment, a leisure activity that diverts our attentions away from the who(s) and what(s) and where(s) that are most important? But is another way of engaging those very who(s), what(s) and where(s)?
What if, instead of joining Hell, we’ve been given a powerful opportunity; An intimate invitation into people’s lives at the moments when they are most vulnerable, most open? What if it actually allows us to rejoice with those who rejoice and mourn with those who mourn? What if, amid  our best intentions to avoid Hell, we are blaming the mirror instead of the image we bring to it?
What if Hell is actually not just Facebook but a place within ourselves or a decision we make?
Would we be able to recognize it in our reflection instead of blaming the mirror?
Would we even want to?
Or would we rather go on believing that it is some thing outside ourselves, something we feel better about blaming rather than taking responsibility for the Hell of our own making. 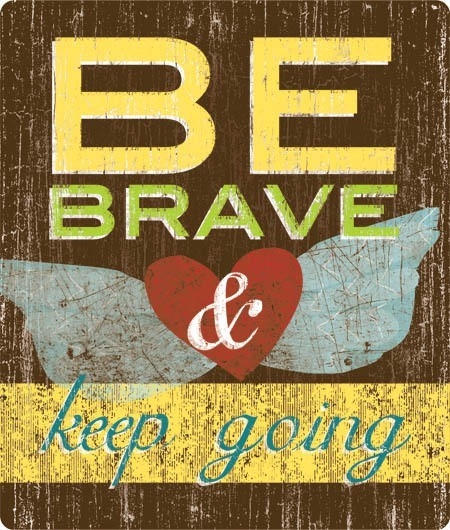 This post is part of the Rachel Held Evans synchroblog event, One in Christ: A Week of Mutuality.  You can follow this event on Twitter by entering #mutuality2012 to read all entries by participating bloggers.

I hate to admit it but sometimes…

I grow weary of the fight.

I want to retreat into my own marriage and life and let everyone else fend for themselves.

I feel like it is an uphill battle in which the hill is coated in grease and I am wearing skis.

I am just done asking for a seat at the table and just want to smash the table to bits.

I want to give up when I hear the things people say to me and other women I know about why they should be quiet and ask their husbands at home.

I mourn for the girls who are told that education is wasted on them and the only reason they should go to college is to find a husband.

I am discouraged when women I know choose to mute their own voices to keep the peace.

I get angry when pastors and leaders teach that because of my gender I am just a smidge less equal than my son or my husband or my father or any other man simply because he is a man.

I want to throw in the towel when rather than lifting up their sisters our brothers choose to stand on our backs to elevate themselves.

My heart breaks when I hear single women or women without children told that the highest calling of a woman is bearing children rather than loving God and loving her neighbor as herself.

My soul hurts when women who are abused are told that God will reward them for enduring the abuse of their husband.

The fight just goes right out of me when young women are taught that their voice should be muted so their husband’s can be heard.

I get so upset I can’t speak when women are blamed for the sexual sins of men because they look too good and then chastised for not “keeping themselves up” for their husbands.

The road seems too long when I listen to the voices of young men when they explain that they are looking for a Proverbs 31 woman and they think that means she should be ALL the things on that list in order to measure up. Rather than seeing it as a way to look for things she is doing well and praising her for them.

I die a little inside when I realize I still have to explain honor killings and acid attacks to my daughter.

I want to scream, “Stop comparing yourself to a woman you were never meant to be! Let your voice be heard! You are a fierce, beautiful, lovely creation of God meant to bear his image as much as any man!”

I want to whisper, “You are enough. You are loved just as you are. If you never DO another thing. You do not have to be anything except who God already made you.”

I am reminded there are others out there throwing off the cone of silence and shouting to the heavens, “I have something to say! Jesus gave me this voice and these gifts. I was born a woman to reflect the image of God!”

I watch in amazement as others fumble with their keys to unlock the shackles of others in bondage to a set of rules God never put on them; rules that are kept in place by leaders who would never consider bearing the same burden themselves.

I gain strength from husbands and brothers and fathers who support and defend and practice mutual submission, and in the face of being accused of weakness and passivity they show a strength that shakes the earth and frees the captives.

My heart sings as I watch a young woman who would never consider muting herself as the way to attract a man of character but rather looks for a man who is strong enough to want to hear what she has to say.

I burst with joy when I see the tide turning as post after post, and book after book, and woman after woman, and marriage after marriage are spoken and written and unleashed and transformed from something that resembles at best a benevolent dictatorship into a beautiful dance of mutual respect, mutual submission and self-sacrificing love that reflects the relationship of the trinity.

I want to shout from the rooftops, “The tide is turning! It cannot be stopped! Jesus has come! Freedom has come! The Kingdom of heaven is at hand!”

I want to whisper, “Come quickly, Lord. Bring freedom to as many as possible. Let their voices, women and men, come together to lift each other up by outdoing each other in love and honor. Don’t let me lose heart. Give me strength to never give up because every person you made bears your image and their voices must be heard just as you made them for them to fully love you and others as you intended.”