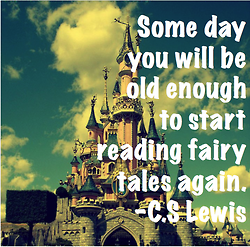 So, this week I am feeling all kinds of everything all at once. My emotions are raw and all at the surface. As one of my favorite friends said yesterday, “there is usually an imaginary net that helps keep it all in and lets it out in a controlled way almost. This kind of stuff just tears the net down and it all comes out whenever and wherever and anything can set it off.”

My father-in law is, as we speak, in a hospice bed in Phoenix living out his last days of this life. I am sad beyond words.

Today I helped make reservations for the last two of his grandchildren to be able to come and see him and tell him again how much he has meant to each of them. I am heartbroken to be seeing them under such circumstances but my arms ache to hold them and to remind them of why they are special to me. One of them in particular I have not seen in over 10 years and I have joy beyond telling at just the thought of hugging his neck (although I think I may need a step stool to do it from what I hear).

Worst of all is my favorite person, Kent sits at work today with his heart bursting with love and pain and loss and my heart breaks with his for the looming death of his Dad, the man who has helped make him who he is and loves him without condition. He is his advisor, sports buddy and sounding board; they talk every day on his ride home from work and his passing will leave a gaping hole in his day and in his heart. I hate that and I hate cancer for causing it.

Since I came on the scene in 1986, I have become the third daughter. I am not treated in anyway as an in-law but as a full member of the Krabill clan. I am one of their own. We do not share the same blood but we have become a whole, granted we are a bit crazy and occasionally a tad dysfunctional but we are fully part of each other and we love and sacrifice and pull together for each other. We bear each other’s burdens, we bicker just a little but when the shit hits the fan, you can count on us to be there for each other. It is what we do. It is the heart of the Krabill family and I am proud to be one of them.

Wednesday night we will get on a plane and head back to Phoenix to be with them. There is nowhere on earth I would be instead. I want to be there to slobber all over them and have them slobber all over me. I want to laugh until I can’t breathe and cry until there are no more tears. I want to eat and drink and talk and remember and celebrate the man we are coming together to honor. My other Dad, Kent Loren Krabill. He is a man of faith and a man of honor who served his country, provided well for his family and loves them so fully I think it surprises him sometimes. He is ornery and stubborn and gentle and wise. I am proud to be a part of him and have him be a part of me. He is my friend.

But, my lovelies, as my daughter said this week: This is not the end. No this is not the end for my Dad, or for our family or for anyone who lives this life. No. There is more to this story. We have a hope bigger than cancer and greater than death and his name is Jesus. He loves all and gave all to be with all. That is why he came.

There is an excerpt from The Silver chair in which Caspian, the beloved King of Narnia dies and is taken to Aslan’s country. It is one of my favorite things ever.

Then Eustace set his teeth and drove the thorn into the Lion’s pad. And there came out a great drop of blood, redder than all redness that you have ever seen or imagined. And it splashed into the stream over the dead body of the King. At the same moment the doleful music stopped. And the dead King began to be changed. His white beard turned to grey, and from grey to yellow, and got shorter and vanished all together; and his shrunken cheeks grew round and fresh, and the wrinkles were smoothed, and his eyes opened, and his lips both laughed, and suddenly  he leaped up and stood before them–a very young man, or a boy. (But Jill couldn’t say which, because of people having no particular ages in Aslan’s country…

That is always the way I have pictured it. C.S. Lewis captured it best and I have often recalled it as I have experienced the passing of someone I love who has grown weary and whose body has just given way; first my Grandma Elliott and then my Grandpa Morr who were in the end robbed of the joy that characterized them both. And now, as I face the probable passing of a man I dearly love I can’t help but feel the anticipation of the day I will see them all in the new heavens and new Earth with their vitality restored and their joy renewed. Paul said in Romans 8:18, “For I consider that the sufferings of this present time are not worth comparing with the glory that is to be revealed to us.”

On that day, my lovelies, this cancer that robs us today will appear very small and weak in the shadow of the love that will transform and is transforming us into who we were always meant to be.