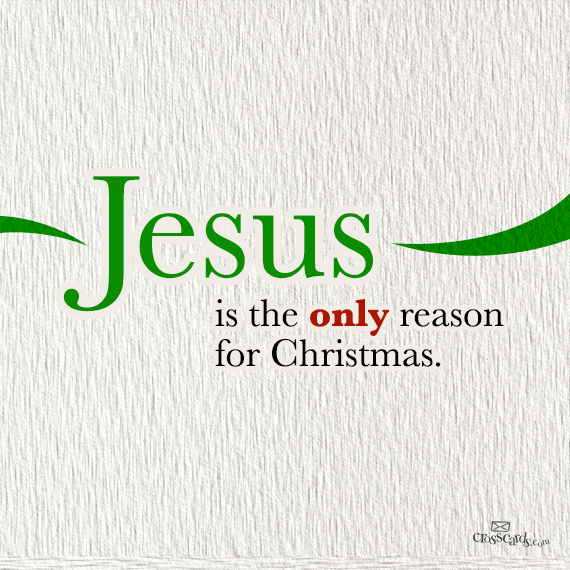 A Facebook friend just posted this while I was in the middle of writing a really in-depth post about abortion. Naturally I had to stop and make a comment. I considered just sharing the post and my comment on the page but then I thought it would be better as a quick post.

Don’t get me wrong. I am a huge fan of Jesus. I am also a huge fan of Christmas. I love the whole scene. The lights, the tree, the presents, the music, the food, and the parties! And believe me, I totally get that for some of you, Jesus is the ONLY reason you do any of it. Or at least that is what you tell yourself.

But let’s get real for a minute.

We celebrate on December 25th because of Constantine. He wanted to convert the pagans and he thought that by adopting some of the Winter Solstice traditions from ancient pagan Roman midwinter festivals called ‘Saturnalia’ and ‘Dies Natalis Solis Invicti’ he could horn in on the action.

We send Christmas Cards because of Sir Henry Cole and John Horsley. Sir Henry wanted to figure out a way to get ordinary Brits to use the public post office and Mr. Horsely saw a chance to design the cards and make a quick shilling or two.

We kiss under the mistletoe because of the Druids and the Norse.  The Druids believed it possessed mystical powers which brought good luck to the household and warded off evil spirits. In Norse mythology, it is a sign of love and friendship which is where the custom of kissing under Mistletoe comes from.

We decorate a Christmas tree because of the Romans, the pagans, the Queen of England and Martin Luther. Pagans used branches of it to decorate their homes during the winter solstice, as it made them think of the spring to come. The Romans used Fir Trees to decorate their temples at the festival of Saturnalia. According to historytoday.com:

Prince Albert, Queen Victoria’s consort, is usually credited with having introduced the Christmas tree into England in 1840. However, the honour of establishing this tradition in the United Kingdom rightfully belongs to ‘good Queen Charlotte’, the German wife of George III, who set up the first known English tree at Queen’s Lodge, Windsor, in December, 1800.

Legend has it that Queen Charlotte’s compatriot, Martin Luther, the religious reformer, invented the Christmas tree. One winter’s night in 1536, so the story goes, Luther was walking through a pine forest near his home in Wittenberg when he suddenly looked up and saw thousands of stars glinting jewel-like among the branches of the trees. This wondrous sight inspired him to set up a candle-lit fir tree in his house that Christmas to remind his children of the starry heavens from whence their Saviour came.

We do give gifts and hang stockings because of the Magi and St. Nicholas, oh, and the pagans (again). The giving of gifts does have it’s origins (at least partially) in Christianity. We give gifts at Christmas because the Magi brought gifts to Jesus (however not when he was a baby but more likely when he was a toddler). We also give gifts in the form of hanging stockings because of St Nicholas who would wrap the gold he tossed in through the windows in a stocking or would toss it into stockings drying on the mantle. However, this also seems to at least be partly a holdover from Saturnalia as well. The Bibliotheca Sacra, a publication of the Dallas Theological Seminary states,

The interchange of presents between friends is a like characteristic of Christmas and the Saturnalia, and must have been adopted by Christians from the pagans, as the admonition of Tertullian plainly shows (Vol. 12, pp. 153-155).

Besides all this (and if you want to know more just ask the Google about the origins of Christmas traditions), there is the fact that atheists and members of a bunch of other religions celebrate Christmas because they love the idea of it. They love the spirit of the holiday. People love the idea of setting aside a time for celebrating generosity, kindness and love with their fellow humans.

So you see, if we are being honest, Jesus (as big a fan as I am) is, at best, one reason for the season and that’s okay. This season is big enough for all of us. For me, Jesus embodies the spirit of the season wherever it is found, be it in the kindness of an atheist working the soup kitchen, in the love of an agnostic person buying gifts for a child from the angel tree, in the selflessness of a Buddist shovelling snow for a widow or the joy of a devout Christian singing carols at the local nursing home. Where the gifts of the Christmas spirit can be found we should all rejoice.